News and Articles at BabyNames.com

Fitness influencer Kayla Itsines has shared exciting family news. The Sweat co-founder is expecting her second child! Kayla and her fiancé Jae Woodroffe will be welcoming their first child together in January of 2023. Read More

Television host Nick Cannon has welcomed his 8th child! Model Bre Tiesi announced the arrival of her and the Wild “N Out host’s first child together with an emotional video of her birthing experience. News that the couple was expecting came out in January of this year. Read More

Reality stars Heather Rae El Moussa (née Young) and Tarek El Moussa announced earlier this month that they were expecting their first child together. Today, the couple learned the sex of their little one in a gender reveal party and shared the exciting news on Instagram. Read More

Actor David Henrie announced at the end of last year that he and his wife Maria Cahill were expanding their family. The This Is The Year star has now announced the arrival of his third child! Read More

In April, tennis star Maria Sharapova announced she was expecting her first child with her partner, businessman Alexander Gilkes. Today, the five-time Grand Slam champion revealed that her little one was born on July 1st. Read More

Celebrity couple Sophia Turner and Joe Jonas have reportedly welcomed their second child together! News that the couple was expecting came out in March of this year. Read More

Last month, reality stars Heidi Montag and Spencer Pratt announced they were expecting their second child together. Now, The Hills stars have revealed the gender of their little one. Read More 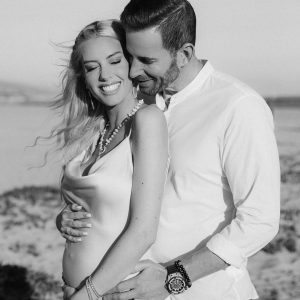 Selling Sunset star Heather Rae El Moussa (née Young) and HGTV star Tarek El Moussa are growing their family! The couple announced that they are expecting their first child together. “It was a huge shock,” Heather shared. Read More

Former NFL quarterback Robert Griffin III, who retired from the sport in 2020, has shared exciting news about his family. Robert and his wife Grete Šadeiko, a track athlete, are pregnant! “The blessings just keep coming,” Robert wrote. This newborn will be Robert and Grete’s third child together and will make Robert a father of four. Read More

Reality star Jill Duggar, who appeared on the TLC series 19 Kids and Counting, has announced the arrival of her fourth child with her husband Derick Dillard! The couple welcomed their little one on July 7th at 5:16 PM. Read More

How to Become a Doula

If you’re looking for a rewarding career, where you can train from home, consider becoming a certified  doula!  Studies have shown that having a doula as a member of a mother’s birth team decreases the overall cesarean rate by 50%, the length of labor by 25%, the use of oxytocin by 40%, and requests for an epidural by 60%. Read More

Pippa Middleton, the younger sister of Kate Middleton, Duchess of Cambridge, has reportedly welcomed her third child! News that the English socialite was expecting with her husband James Matthews came out last month. Pippa has been spotted wearing a green dress that showed off her growing baby bump while attending the “Party at the Palace” concert outside of Buckingham Palace. Read More

Japan has some of the most lovely sounding baby names in the world, and the most interesting historical naming conventions. The meanings of names in Japan varies depending on the kanji, or characters, associated with the sound of the name. The same sounding name can have multiple meanings, some of which are vastly different. Read More

Bachelor nation reality star Tia Booth announced last month that she and her partner Taylor Mock were expecting their first child together. Now, the couple has announced the gender of their little one. Read More

Baby Names Tip: Make sure you check the current most popular baby names charts to see if a name is going to be super popular. Names that hit the top ten or top five usually feel dated after a couple of years.
More Baby Names Tips